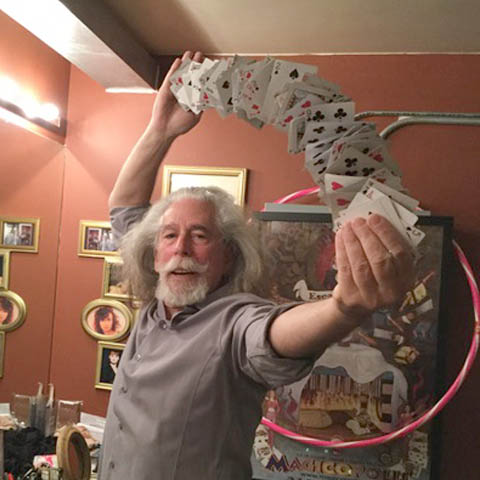 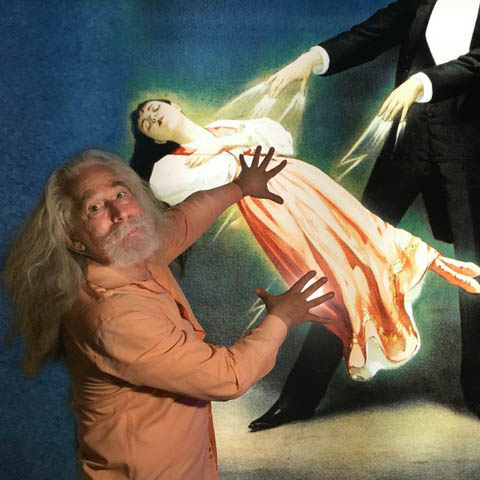 With a noteworthy, abstruse, eventful career, that has spanned five decades, magician Steve Spill has sparked audiences with surprise on theatrical, concert, casino, and nightclub stages throughout the United States – as well as internationally at The Cannes Film Festival, Toronto’s Massey Hall, Four Season’s Resort Bahamas, and elsewhere.

The illustrious list of notable names that have attended his shows reads like a who’s who of the entertainment industry.  Among the TV projects on which he has provided expertise are the CBS special The World’s Greatest Magicians at the Magic Castle, The Learning Channel special Magic’s Greatest Illusions, and the FX series Penn & Teller’s Sin City Spectacular.  Spill starred in his own show in his own theater, Magicopolis in Santa Monica, inarguably the single longest  running live production of any kind in Los Angeles history, flabbergasting crowds continuously for more than twenty years.

Pleasantly installed on the cultural fringe of his profession, he’s authored a number of unconventional books for magicians, as well as I Lie For Money, his memoir for the public that’s an amazon bestseller.  Spill lives with his stunning ballsy wife Bozena, the best way he knows how.

“An uncanny tour-de-force…”
John Leguizamo
“The Spill is pure awesomeness.”
Jack Black
“That dude is the clown prince of tricks.”
Adam Sandler
“Tricky and funny, Magicopolis is the right show done by the right person."
Chris Rock
“Your magic is the highlight of my mediocre life.”
Lily Tomlin
“I’m a fan of magician Steve Spill, his skill annoys me.”
Howie Mandel
“The show was a knockout!”
Sugar Ray Leonard
“Witnessing your performance was a happy experience I won’t soon forget.”
Sting
"Steve Spill has been a pal of Penn's and mine since the 1970's. Nobody knows more about magic from the inside than Steve. And most important, Steve and I share the deepest bond of all: we both swallow needles."
Teller
"With his combination of writing and performing skills and his endless inventiveness, Steve Spill is a major asset to the world of magic."
Dick Cavett
"Steve Spill is one of my favorite storytellers. The man has pioneered more venues for magic than anyone I know, and along the way, broken lots of new ground as a comic, magician, and raconteur—and that's no lie!"
Joel Hodgson
“Spill is funny and fantastic and fools me. He’s a dynamite entertainer.”
Norman Lear
“He’s a magic mastermind that at times is gut-wrenchingly funny.”
Maggie Q
“Being astounding and making people laugh is black and white. If audiences are astounded and laugh what you did works. What Steve Spill does works.”
Charlie Kaufman
Previous
Next
Previous
Next